View cart “Terrine – Les problèmes urbains” has been added to your cart.

NEW
Before being recycled, Androïd Aquila wrote: “With so many resources and projects, Les Problèmes Urbains, Terrine’s latest album, is certainly one of the most demanding (comical) in the world.

immediate download of MP3s with your order. released on June 30th 2021.

“The unfamiliar life with other children is wonderful, it almost takes out of your head, the silence of automatic checkouts in grocery stores.” “With the punishment of their magical talent, pickles may well make an old man’s voice as tender as the city sludge.” Music critic Androïd Aquila ran in Amiens for seven years. What experience has he had in this country? Who accompanied him to avoid as much as possible the fear of the canals, the terror of the hills? These children had wits to hear neglect and ears to understand inaction. A large number of mouths for drinking and singing. “Their music releases pressure drops and predicts even greater possibilities.” Aquila took them seriously, even when they formed groups with some crazy names, Sniff Nasal, Coto Vêlage and especially Le Donneur. But soon, the vague judgments of Aquila escalated into an active protest. “Hope is the key to action, not flying high, not the void, not alone. I hear a broken voice – it’s mine! – I hear laughter.” The children weren’t listening to him anymore. Living music, as a whole, sometimes hides behind dirty old planes. A captain is called into the arms of a soldier and the two have to sit happily on the dance floor, shoes are hidden in the trash. Instead of competing, we do things. Before being recycled, Androïd Aquila wrote: “With so many resources and projects, Les Problèmes Urbains, Terrine’s latest album, is certainly one of the most demanding (comical) in the world”.
– Laetitia Paviani

I am sitting in a room crying over an episode of Les Shadoks. A machine springs out of the TV and wipes the tears away to the sound of Sweet Exorcist’s Test Four. All my friends hate Autechre and I am lauging in a room.
– Guy Mercier

Released in cooperation with Tanzprocesz 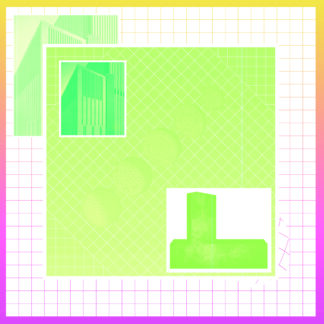