View cart “Mouse Sluts – Mouse Sluts” has been added to your cart.

BACK IN STOCK
Cheat Days is the new release by Terrine (aka Claire Gapenne), techno noise or bedroom freak électronique, you decide
pressed at 45RPM for maximum heaviness and delight

Nothing ever really runs like clockwork in Claire Gapenne’s weird and wonderful world. The Tinker Bell of French noise, her magic whip has the power to turn you into a horse drawn carriage or an old pumpkin. A hyperactive activist and artist, she has been part of Accueil Froid for the past seven years and is based in Amiens. This collective has invited the best of experimental rock to their town, eyes and ears wide open in a place where there is (almost) nothing except pretty canals and unemployment. Her music releases pressure valves and opens a perspective onto infinite possibilities. Though she is known for manhandling her bass as part of Headwar and has made her mark in numerous bands with delightfully silly names (Snif Nazal, Couteau Twins and Me Donner, still in activity), the riotous Terrine has paved a path for herself with constancy and determination. Turning up where she is least expected, she changes the gameplan according to her art and the people she meets, increasingly preoccupied with defying genre, nimbly and tactfully skipping from one style to the next.
With this solo LP, aptly titled Cheat Days, she has concocted a disorientating mix of stunted techno, limping dub and piano-wave improv. Though we once imagined she would dive head first into EBM and post-industrial techno, we now see her take a completely different direction with this album where everything is guarded, where the approach is minimalist and intensely personal. We expected to dance on iron filings, we now hear bleeps scrambled by static and machines veering off course. Between gusts of peripheral noise captured on the go, she dares to combine Cabaret Voltaire and Pascal Comelade, The Shadow Ring and Bunker Records, a St Vitus dance and a disembodied rave, slow burning dub and digital crackle, electronic no-wave and jumble sale tech. Too subtle to jerk about on the BPM assembly line, her music is etched out upon a backdrop behind which an old piano is hidden, dusty and busted. The only captain of her ship, she uses modest means to fashion cutting edge sound design and summon heavy dancefloor artillery. But instead of barging in with heavy boots, she skirts the issue in soiled ballerina pumps. Instead of joining the fray, she takes a step to the side. Stacked with resources and buzzing with a wealth of projects, Claire Gapenne has progressively become one of the most crucial (and jovial) figures of the DIY underground. – Julien Bécourt

Be the first to review “Terrine – Cheat Days” Cancel reply 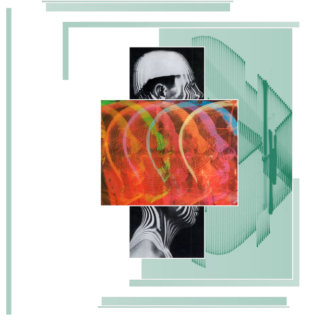