OUT NOW Swell Maps morphing into Peter Ivers, long live the new Chronophage! This edition comes in a laminated sleeve and has an 40×20 insert with a 4 Color riso printed artwork by Ben Roberts on one side and the lyrics and stuff laid out by the band on the other side. Immediate download of MP3s with your order if in the USA please order from PPM

Chronophage by Chronophage is the band’s third LP, a scarcely anticipated revelation full of poise and delicacy. Tough, tender, precise and unconstrained, it concentrates the tragic ingredients of the past two years into ten songs. Each one is a decisive, well-cut crystal: sharp, clear, weighted. Can you envision a midpoint between Big Star and the Homosexuals? Imagine Nick Lowe constructing defiant rejections of the civil structure? Chronophage’s unconstrained melodies and gleefully imaginative structures enact such original, liberatory music.

Defying the band’s scratchy, 4-track history, ‘Chronophage’ blooms, distilling the warmest, most compelling, most vulnerable qualities of their music. It’s a product of their unhurried approach to recording this album, a six-week process of tinkering and clarifying. It’s also a product of the material conditions of their songwriting phase—”the pandemic making it where we just saw each other all the time and were less influenced by scenes,” as explained by guitarist/singer Parker Allen. Undoubtedly their most immediate record, but without sacrificing the mortal consequences or thrills of their past.

The danger and vigor remains, the spring is wound even tighter. It’s evidence of the band’s growing confidence, but speaks most clearly to the strength of the songs. Producer Craig Ross articulated this strength through his own experience of working on ‘Chronophage’: “When I would run into a block, in terms of arrangement, the narrative of the record told me exactly what to do. I realized I just had to stick to the record, it has all the answers.”

Chronophage’s self-titled record, the band’s fourth full-length, tamps down the turbulence of last year’s Th’Pig’Kiss’d, leaning into the lush, lyrical tendences already in play there. In reviewing Th’Pig’Kiss’d in 2020, I observed, “The slash and twitch and onslaught of their songs might put you in mind of the Fall, the Swell Maps, Fire Engines or, more recently, Protomartyr, but the nervy, baroque singing calls more ornate post-punkers to mind, Microdisney and the Monochrome Set, for example.” Their latest record swoons and flourishes where the old one jittered, finding a smooth line of melody and following it with grace. 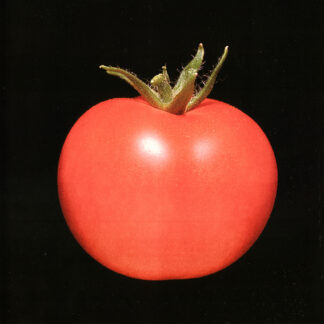