ships NOW
immediate download of MP3s with your order

After their critically acclaimed “Chroma” LP (2017), Femme – Arno Bruil (France Sauvage, Descendeur) and Jo Tanz (Opéra Mort, Fusiller) – release “Ruderal exotique” augmenting their psychedelic electronics explorations in reconceived territories, this time an artificial growth of urban decay on irradiated nature as experienced within Ken Russel’s intoxicated and prodigious mind directing “Altered states”. Best experienced in an isolation tank, an airport capsule hotel or on a silent electric car chase buzzing thru Tim Buckley’s snapshot of smogged out L.A., “Ruderal exotique” is a flourish of slow burning synapses, the tiny magnetic connections that desperately cling and look for each other when your mind expects the hammer to finally realize the ordeal while your body languishes on a stone in the bright sun of Midsommar. “Ruderal exotique” is lounge music for Bob, or Bruce, or Fred, growing Mors Ontologica on the farm, in Dick’s “A scanner darkly”, a New-Path laid out by Throbbing Gristle’s Chris Carter now twisted and tangled even further, branching out from the future of technology back into the present of Zelazny’s “24 Views of Mt. Fuji, by Hokusai”. Growing new species as a result of destroying older species, life emerges from the industrial rubble that looks like scar tissue and smells like steel laced with lichen. To the biotech DIY apprentices of Femme, immersing in this cesspool of environmental data is a joy and their music glows in the dark of globalized waste as a symphony of gleaming flora and strident fauna. It is as reassuring as Virginia Astley’s gardens, as vibrant as Steve Reich’s big city collages and as evocative as the Gerogerigegege’s “Uguisudani apocalypse”. It is a world of its own, yet it is also our world as it is today, AI machines advancing thru genetically modified corn fields, shredding up cicadas and worms, planting steel shards in their place that will rust and give way to the new machine, documented by Stephen Mallinder and Richard H. Kirk. Long live the new flesh of the Femme realist resistance!

Be the first to review “Femme – Ruderal Exotique” Cancel reply 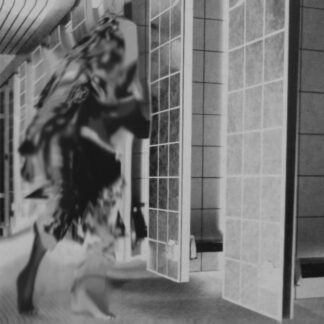