Songbook #7 features Farahnaz Hatam, Colin Hacklander, Lucio Capece, Moor Mother, Cathleen Schuster & Marcel Dickhage and was recorded in November 2017 at Digging the Global South Festival in Cologne, while Europe was (still is) slowly going down. Exactly 100 years ago Europe was really crumbling. However, there was a proposition for a collective future in process. This songbook takes two moments as historical inspiration in order to rethink the present:

1) The first seven months of 1917 in revolutionary Russia.

2) The figure of Germaine Berton (pictured on the cover), the anarchist who in 1923 was accused of murdering Marius Plateau, director of the far-right organization French Action League.

In a time of war and fascism, those were two very different answers: a collective attempt at social transformation and a desperate lonely gesture. Neither response really managed to succeed to overthrow capitalism but they had a motivation and a clear way to act, something that seems to be lacking right now. If previous songbooks dealt with the tension between improvisation and song structure, between an emphasis on the production of the moment and having a conceptual framework, here the tension is produced by conflating the present with the past, and in doing so the tension between communism and anarchism is also explored. The tension between the individual and the collective is also present in the making of the record (especially in track 6, a discussion of its own objectives and degrees of success). A review of “Songbook #6” actually took Mattin as the name of the group, which puts into question what Mattin is: just another example of the fiction of selfhood.

“Songbook #7” digs into some of the most important issues today: dissolution and disappointment of the social fabric, the rise of fascism, lack of coherence in a collective vision for the future and the shortcomings of democracy in a capitalist system. These times feel like being stuck in a gif, and here the response is to look for different understandings of time and history.

If you want some musical references you can imagine one of those collaborations between Red Crayola and Art and Language if it was produced by Roberta Settels, or if Rabit was asked to do a remix of Nono’s “La Fabbrica Illuminata”, taking into account the Altoforno di Cornigliano factory’s demolition in 2005. This great line-up tries to think the present through the lenses of radical historical moments and in doing so it achieves a music both arcane and futuristic. Layers of avant-garde tradition culminate into a set of songs that go beyond themselves. In times of increasing desperation here emerges a strange record: a disintegrated manifesto exploring the truth of disagreement. 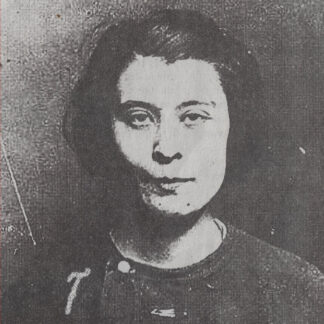