Alexander – The Pale Light Over The Dark Hills

To call The Pale Light Over The Dark Hills a favorite would be a bit of an understatement. Originally released on cassette in 2017, The Pale Light… has never left regular rotation since it made its way to C/Site HQ in the spring of that year. The album is yet another stunning example of the focused and emotive fingerpicking tunes that David Alexander Shapiro is becoming so well known for.

This set sees Shapiro truly showcase his many moods, with tunes that explore the melancholy, the somber, the trying and the difficult, the content and the serene. Side A features five untitled tracks that move with a confidence and poise beyond Shapiro’s relatively short time on this globe. Indebted to masters like Basho and Fahey but always with a deep originality and unique perspective, Shapiro’s precise playing and exacting touch will bring listeners to places of new understanding and a deeper sense of self. In contrast, side B is dominated by an untitled 16+ minute meditation that starts at home, patiently journeys through peaks and valleys to the absolute brink of control, guitar strings nearly ripped from their saddles, and somehow manages to restrain its way back to peace, calm and eventually, the familiar… home. The album closes with a two-minute epilogue, not included on the original cassette release, pulling together any loose ends that might still be frayed. With his work as a solo artist, along with duties in psychedelic explorer’s Headroom and Nagual, Shapiro has positioned himself as one of today’s premiere players and The Pale Light… puts his talents on full display.

Limited one time pressing of 250 copies, housed in beautiful hand assembled sleeves and featuring the gorgeous artwork of Isabela Jeronimo. 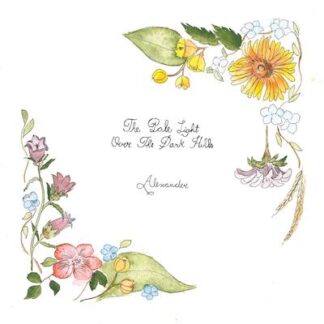